Skip to content
From Wikipedia, the free encyclopedia…
Dumpster diving (also totting,[1] skipping,[2] skip diving or skip salvage[3][4]) is salvaging from large commercial, residential, industrial and construction containers for unused items discarded by their owners but deemed useful to the picker. It is not confined to dumpsters and skips specifically and may cover standard household waste containers, curb sides, landfills or small dumps. 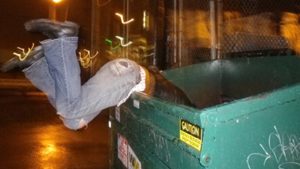 We’re not sure who is Ted and who is Steve but…we ARE certain it’s what they looked like as they scrounged the dumpsters of Texas Instruments looking for enough discarded items (junk) they could hand out to students in that first BEST Robotics “kit” in 1993.

So, what did they find in those dumpsters and other scrounging?

Steve recalls:  “We did most of our scrounging on the ‘pipe space’, the floor beneath the wafer fab.  This is where extra stuff ended up.  The first year we spotted a pallet of old dot matrix printers that had been removed from service, there were enough identical printers to give one to each team so we did.   Once we found a large box of some strangely shaped metal clips or fasteners.  We never figured out what they were used for but we gave several to each team.  And I can’t forget the rubber cups with a convex bottom.  We knew it wasn’t really a cup of any kind because the bottom prevented it from standing upright so we called them ‘cane tips’.  I think they were actually the protectors put on the ends of long copper tubes prior to shipping, to keep the inside clean.” 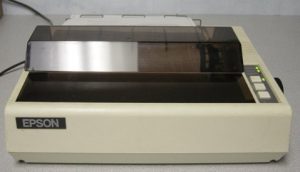 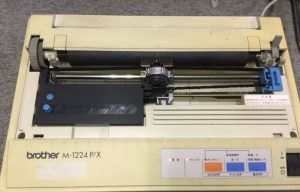 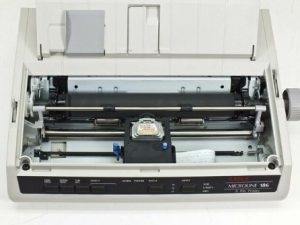 Dot matrix printers were filled with all kinds of cool parts like belts, rails, gears and other gizmos. Students loved to tear those printers apart looking for parts they could use.

A possible image of the rubber “cane tip” Steve mentions.

Here is the original Kit list. Interesting how today’s consumabel kit still has many of these same items. 😃

The first kit electronics were based on Radio Control (RC) systems used with model airplanes. Ted and Steve had no experience with these systems but had a friend who was a model airplane hobbyist; he helped them figure out some solutions for controlling a robot. Note, the first kit did not even include electronic speed controllers; these came later as they began to understand more about RC. Here are the first kit notes recorded related to using the RC system (with a mention of speed controllers) but most importantly with the famous Ted-CAD drawings showing how to control your motors using a rotary switch and a servo! It even involved disassembling the rotary switch and re-assembling it.